Some local students from the Southport Central School very kindly agreed to review books, and let us know what they thought.

The first book they chose was The Thing About Jellyfish by Ali Benjamin. 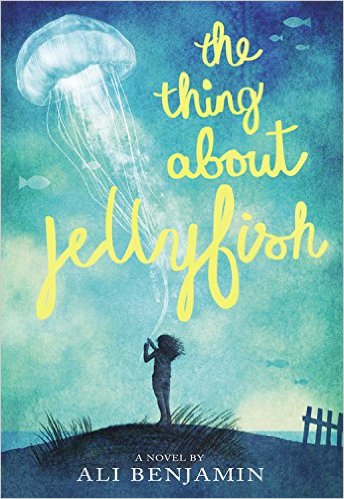 "Suzy Swanson is pretty sure she knows the real reason Franny Jackson died. Everyone says that there’s no way to be certain…that sometimes things just happen. But Suzy knows there must be a better explanation—a scientific one. Haunted by the loss of her former best friend — and by a final, terrible moment that passed between them — she retreats into a silent world of her own imagination.  Convinced that Franny’s death was the result of a freak jellyfish sting, she crafts a plan to prove the truth, even if it means traveling around the globe… alone. As she prepares, she learns astonishing things about the universe around her… and discovers the potential for love and hope in her own backyard."

Here's what the kids had to say:

"The Thing About Jellyfish by Ali Benjamin is a breathtaking book. She writes with emotion and creates a mind-movie without dragging the story out. This book will keep you out of the ocean, fearing of jellies."

"Things don't just happen, do they? Suzy sets herself on a mission to discredit the phrase 'Things just happen'. Her best friend Franny dies from a drowning accident, but Suzy believes that Franny got stung by a deadly jellyfish. As you are learning about the moments leading up to Franny's death Suzy is simultaneously going on a journey to figure out the truth. The choice of plot ideas was this story's steering wheel leading it to great places. You are both learning about Suzy and Franny's friendship, as well as Suzy's way to prove her theory. The choice of a plot idea taking place in the past was very necessary and was a great way to support the information happening in the present. It is very easy to connect with Suzy because she is a realistic character dealing with a realistic problem. Although, your friend dying from a drowning accident isn't a conflict that everyone can relate to. It is not the conflict that is relatable but it is the way Suzy resolves her problem. This book feels unbelievably real and will leave you wondering, what is your jellyfish?"

"The Thing About Jellyfish is an intriguing book that will take your breath away. Ali does a great job of putting in lots of emotion."

"The Thing About Jellyfish by Ali Benjamin takes you on an intriguing journey with twelve year old Suzy Swanson. When Suzy's best friend Franny drowns she thinks it's the cause of a rare jellyfish. To prove her theory, Suzy prepares herself for a trip around the world. Ali does a very good job with character development: she never lets Suzy stay in the same place physically or mentally. Ali keeps Suzy moving constantly at a steady pace. This makes the book fun to read. You don't want to put it down! Ali wrote this book with two main plot ideas. One is in the past about Suzy and Franny's friendship, the other is in the present about Suzy working through Franny's death. This book will leave you wondering how much time do you really have until your jellyfish takes a trip into your life?"

The next one they picked was a bold novel about the effects of cyber-bullying: The Fall by James Preller 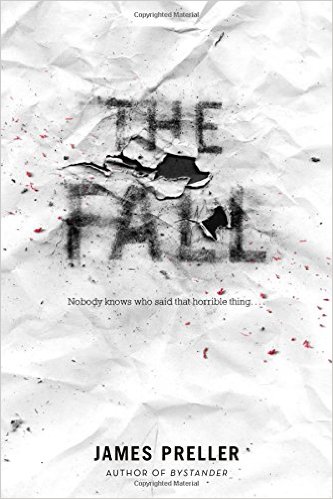 "The conceit for The Fall is that a boy, Sam, is writing in his journal. He’s reflecting upon the events of the past year, piecing together the narrative entry by entry, writing about events which led to the tragic death of his secret friend, Morgan. I write “secret” because that’s one of the book’s themes, one of identity, and of owning one’s own actions. The things we did and didn’t do. The footprint we make in the snow."

"Sam Procter knew it was wrong to comment insulting statements on Morgan Mallen's social media page. He knew it was hurtful. Yet, Sam would rather have the guilt of bullying Morgan, than breaking 'the rules'. The rules of a games Athena Lukin, the most popular girl in school, had started. After Morgan kills herself, Sam instantly regrets his choices to play along, be the bystander. Guilt took a trip into Sam's heart and stayed there forever.

The story is unforgettable. The author, James Preller, shared the moments in this story through Sam's journal. You receive many more of Sam's personal thoughts because you read it in that format. The author explains a tragedy happening in many schools in a realistic, believable way. Through this book, he shows how harmful cyberbullying can be. A warning to people all around the world, The Fall shows the aftermath of a catastrophe happening throughout our country."

"Sam know the 'fat, ugly beast' known as Morgan Mallen. They had what Sam referred to as an impossible friendship. Sam knew Morgan had been hurt. He knew her friendship mattered, but that didn't stop him from posting hurtful comments on her social media page. He would rather play along than have a kind heart. What Sam had was a bunch of friends that meant nothing to him rather than one friend that meant everything to him.

This book has a mighty message, a message to students that bully. It shows the consequences of cyberbullying. When worst comes to worst.

I really enjoyed this book. It opened up things to me and revealed right from wrong. The author, James Preller, really knows what he's doing. The story brings out the guilt and regreat that bullying causes. It shows the who, the why, and the how of cyberbullying." 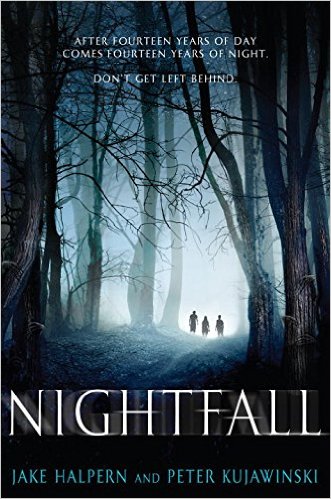 "The dark will bring your worst nightmares to light in this gripping and eerie survival story, perfect for fans of James Dashner and Neil Gaiman.

On Marin’s island, sunrise doesn’t come every twenty-four hours—it comes every twenty-eight years. Now the sun is just a sliver of light on the horizon. The weather is turning cold and the shadows are growing long.

Because sunset triggers the tide to roll out hundreds of miles, the islanders are frantically preparing to sail south, where they will wait out the long Night.

Marin and her twin brother, Kana, help their anxious parents ready the house for departure. Locks must be taken off doors. Furniture must be arranged. Tables must be set. The rituals are puzzling—bizarre, even—but none of the adults in town will discuss why it has to be done this way.

Just as the ships are about to sail, a teenage boy goes missing—the twins’ friend Line. Marin and  Kana are the only ones who know the truth about where Line’s gone, and the only way to rescue him is by doing it themselves. But Night is falling. Their island is changing.

And it may already be too late."

On Marin's island nightfall is coming quickly and the houses are getting prepared for the fourteen years to come. The well mapped island is soon to be unknown because of night. As the boats come to pick up the people, the unthinkable happens: Marin, her brother Kana, and friend Line get left behind; three kids on an island with unknown creatures, unknown places, and an unknown solution. As the ice creeps up the cliff and the tide rolls out, more and more creature sneak from their hibernation. Marin, Line, and Kana must find a way off the island. Quickly.

The three of them tackle challenges as startling transformations confront them. They learn new things about each other, releasing their true selves.

Nightfall, written by Jake Halpern and Peter Kujawinski, has an unusual plot, making it very intriguing. This book is extremely hard to put down because of the suspense the authors can build, by fear of the unknown. The characters make bold decisions because subtle ones don't save their lives.

Books in the same genre as this story usually don't please me, but this one stuck out to me. The shocking choices the character make out of love and justice shock me.

Be prepared to hesitate when turning the lights out, then wonder what unknown creatures may be lurking in your woods."

Our thanks to these incredible students for sharing their thoughts!

The Thing About Jellyfish (Hardcover)

This stunning debut novel about grief and wonder was an instant New York Times bestseller and captured widespread critical acclaim, including selection as a 2015 National Book Award finalist!

The dark will bring your worst nightmares to light in this gripping and eerie survival story, perfect for fans of James Dashner and Neil Gaiman.

Pamela Paul's My Life With Bob is a charming life journey with books. Attaching life events with her "Book of Books," showcases how "book people" have relationships with books all throughout their lives.